The Pope wants YOU!

First signed on February 11, 1929, and then ratified by the Italian Parliament on June 7, 1929, the Lateran Treaty re-established the Roman Catholic Church, which had been overthrown by Napoleon in 1798. Some say this treaty was the healing of the deadly head wound to the antichrist prophetically referenced by the Bible in Revelations 13. 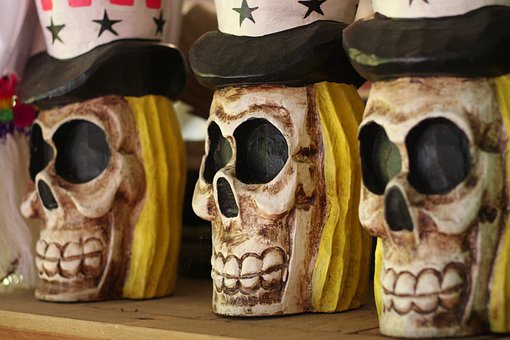 Personally I expect to see a literal physical and personal embodiment of the antichrist, and I expect this person will fulfill prophecy by being “miraculously” healed of a literal deadly head wound. But that does not have to negate the symbolical significance of the above historical events. These institutions have been and are striving to install the antichrist throne. They serve the discarnate entitities that represent that throne, and so they execute world events using symbology intended to reflect, attract, and transmit its power. This symbology includes things like geometry, architecture, numerology, colors, images, names, places, ritual, dates, and date cycles.

October 31, 2017, the 500th anniversary of another blow to the Roman Catholic Church will be commemorated: the Reformation. This time of year is also celebrated as Samhain, an ancient pagan festival that begins on the 31st and ends on November 2d (ending at sunset, October 1st). One would expect the Roman Catholic Church to be more interested in what happens as it ends (All Saints Day) than at as it starts.

November 2, 2017 marks the 100th anniversary of the signing of the Balfour Declaration, which established the modern nation state of Israel. Is this entity integrally related to the power of the Church of Rome? Yes, of course it is.

Leading up to the above commemoration we have the lunar eclipse on 8/7/17 and the Great American Solar eclipse on 8/21/17. Then on 9/21/17 U.N. will host its Day of Peace commemorating “Respect, Safety and Dignity for All”, which theme is currently running cover for insertion of the Jihadist threat into the Western countries by means of Muslim refugee immigration.

The day of peace extends into the Autumn equinox, which follows immediately on 9/22/17. Then September 23d marks the two year anniversary of the Pope’s 2015 visit to the Obama White House when he kicked off this same theme. The Pope and the president were said to discuss, among other things, “protecting religious minorities and … welcoming and integrating immigrants and refugees into our communities.”

Does this “Dignity for All” theme also reflect the Pope’s larger view, reflected in his June 11, 2013 signing of an apostolic letter in which he struck out against,

… transnational organized crime, the improper use of the markets and of the economy, as well as by terrorism … that threaten human dignity, the common good and peace. …

It is therefore necessary for the international community to adopt adequate legal instruments to prevent and counter criminal activities, by promoting international judicial cooperation on criminal matters.

and while he was at it declared his ownership of the human race (if the analysis that I saw of this abstruse legal document is correct).

According to the Youtuber, TruthUnveiled777 (who’s discussion I find generally untrustworthy, but who has some good points)  and others (Yikes!), 9/23/17 is also the date on which the sign of the woman (Virgo) will be fulfilled: clothed with the sun and the moon beneath her feet and the twelve stars above her head (in this case the constellation Leo plus Mercury, Mars, and Venus). I used to think that sign was fulfilled in the fall of 2011, but now see The Dragon and the Manchild of 2040. Irrespective of the date, it is worth reading if you are interested in the subject.

TruthUnveiled777 did point out some things that I found useful, and in fact it was his/her video that prompted me to write this post. One point Truth made that I think is right and I had not thought of before is this: The Lord has already fulfilled the feasts of spring: Passover, Unleavened Bread, First Fruits, and Pentecost. But he has yet to fulfill the fall feasts: Trumpets (the final trumpet being blown), Atonement (deliverance and judgment), and Tabernacles (living with Jesus). If these things will be fulfilled at their appointed times of the year, we should be watching the fall.

The Pleiadians (self-declared Nordic aliens that are channeled by Barbara Marciniak), like the Pope, also promote the dismantling of the corporatist Western cabal. In their case they say it is backed by and serves Lucifer and his domain of the Reptilian aliens, the Annunaki, whose whom is Planet X (the 12th planet, Nibiru, later called Marduk and Wormwood). So the Pleiadians claim to be against the Lucifer and the Reptilians.

The Pleiadians say that chaotic times are coming as the cabal is torn down, and they are looking to this fall, particularly, and say that humanity will be waking up to the fact that it has been being lied to.

The Pleiadians are probably right. They should know. They are the same class of beings as the Reptilians: fallen angles. This is good cop, bad cop, so don’t fall into the trap of believing in them because they have information and claim to be our pals. I include their testimony because they are players in this play and they are corroborating what is said to be coming this fall, but from a completely different sphere of knowledge than this article started with (The Pleiadians 2017 – Welcome to the Finish).

And speaking of the Nordics …